A relativistic object impacting the earth

What would happen if an object hit the earth at relativistic speeds?

This could be the result of an attack on the earth (The Killing Star) or even an accidental collision from an alien relativistic spacecraft. It is remarkably difficult to model the effects.

Firstly, the sheer speed of a relativistic impactor is hard to grasp:

- to travel from the earth's surface to its centre (6,400 km) at the speed of light takes only 22 milliseconds

These are hard numbers to visualise.

Assume that it carves out a 'tunnel' of plasma through the earth with a cross-sectional area one square metre. As it's going so fast, in this model there is no time for significant sideways spreading.

[Note: that's not a very good assumption. You may wish to skip the rest and go to the next post which has a considerably better treatment of the 'depth problem'.]

We now think of the impactor as the piston of a long tube, compressing the plasma in the tunnel beneath it. As the impactor sinks into the earth it compresses and heats the plasma ahead of it. Eventually all of the original kinetic energy has become thermal energy and the impactor-piston stops moving. The tunnel has now become a core of superhot superdense plasma.

We want to know things like: how deep? how hot?

When I did the model* featured below I was surprised that the impact depth is not a consequence of the model, it's an extra assumption. The reason is that if you assume it doesn't go too deep, then there is less material to compress, but all that energy still gets soaked up and so the final compressed plasma is really hot and occupies an extremely dense state.

If, however, you let the impactor have a deeper tunnel to stop in, then it gets more material to compress but it's correspondingly less dense and less hot.

Here are some numbers from the spreadsheet. First consider the 1 kg impactor coming in at 0.9c (approximately 270,000 km/sec). The gamma factor here is 2.3 and the kinetic energy of the tile is equivalent to 28 Megatons of TNT. This is a hefty hydrogen bomb.

According to the model, if we permit the impactor to tunnel the 6,400 km to the centre of the earth like a thermic lance, then the entire material of the tunnel would end up as a 34 cm core at the earth's centre at a temperature of 4.3 million degrees Kelvin.

But perhaps 0.9c is not relativistic enough for you? Let's try 0.999c which is only 300 km/sec slower than light itself. Gamma is now 22.4 and the impactor KE is 460 Megatons or ten times the largest H-bomb ever tested.

For the same tunnel length of 6,400 km to the centre of the earth, the final stationary core is now 1.25 millimetres thick at a temperature of 72 million degrees. This is five times hotter than the centre of the sun.

At these sorts of densities, one is tempted to ask whether there is any danger of the formation of a black hole? The Schwarzchild radius of a segment of the earth one square metre in cross section and 6.4 million metres long is thankfully only 9.5 * 10-24 metres so we are nowhere near that danger.

A sufficiently massive, sufficiently fast object could conceivably create a black hole but most likely it could not be stopped within the earth. To create a planet-swallowing black hole would require multiple impactors from opposite directions timed with exquisite accuracy.

The spreadsheet allows different tunnel distances to be explored. With shorter tunnel lengths the compression and final temperatures get corresponding greater.

How realistic is this model? The impactor would rapidly transform into a plasma disk which as it progressed through the atmosphere and into the earth's surface would begin to spread out. Due to its extreme velocity the angle of spread would not be too large: rather than a straight tunnel all the way down consider a cone with a small apex angle.

This dramatically increases the degree of coupling to stationary earth material as well as decreasing the pressure at the plasma-earth interface. At the moment, however, I can't think of a simple approach to get a quantitative answer to the final depth question.

My guess though is that it would go deep, especially if it were more massive.

UPDATE: It turns out that considering only energy, as we are here, is not sufficient. To get a handle on the depth of the impact crater we have to turn to momentum. In the next post you will see the surprising result as the depth question is finally answered with a less toy model.

* The model here is incredibly toy. I treat the plasma as an ideal gas undergoing adiabatic compression for example. I treat the tunnel as full of water rather than molten rock. Still, you learn something from even very simple models. 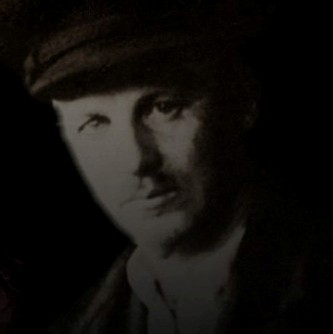